The Focus On Haiti Initiative cosponsored an event with the Inter-American Dialogue on Monday, November 23, 2015 in Washington, DC. The inaugural Haiti Policy Forum event featured a discussion with US Department of State Haiti Special Coordinator Kenneth Merten.

The discussion was moderated by Robert Maguire of the Elliott School and Peter Hakim of the Inter-American Dialogue. Kenneth Merten has been serving as the Haiti Special Coordinator and as Deputy Assistant Secretary in the Bureau of Western Hemisphere Affairs since mid-August 2015. In serving as Ambassador to Haiti from 2009-2012, Mr. Merten oversaw the United States Government’s on-the-ground efforts to provide immediate relief after the earthquake.

The event was well received, with an audience of students, members of the Haitian diaspora, policy makers and practitioners, and media. The event was recently featured in a newsletter from the Washington Diplomat. 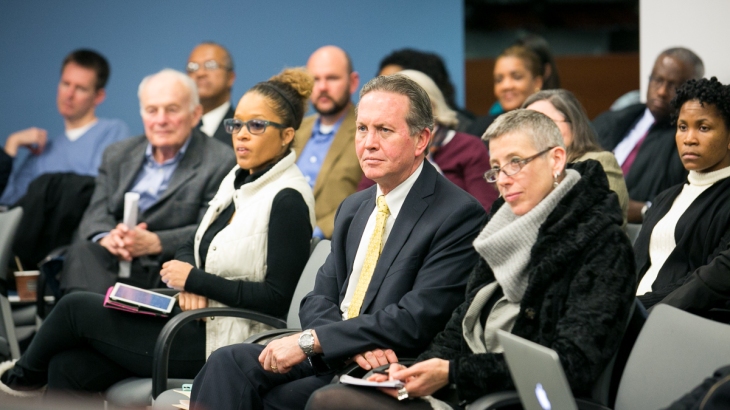 View all posts by Focus On Haiti Initiative Team

About Focus On Haiti

The Focus On Haiti Initiative promotes scholarship and policy discussions on Haiti at the Elliott School of International Affairs, in the Washington, DC area, and with our online audience.
Loading Comments...
%d bloggers like this: